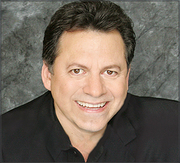 Portland was one of those cities!

Mario has visited Portland several times over the years, but he is now coming with an increased excitement in his spirit that Portland's time for Revival has come!

And rightfully so, as we have seen close to 1400 people in the past 14 weeks come to Christ on the streets, from gang members to Mormons, Jehovah Witnesses, athesists, all races, all ages!

Pastors: It doesn't matter whose name is on the door of the church, God is moving powerfully on our city, and it's available for all!

Come and let's join together as the body of Christ in our city, and work together for a common cause to see a great awakening and thousands of people come to Christ in Oregon!