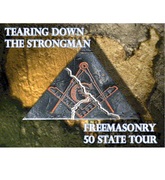 Bill Sudduth of Righteous Acts Ministries has dealt head on with Freemasonry steadily for over twelve years. In September of 2008, he spoke on Freemasonry at the International Society of Deliverance Ministers annual meeting in Nashville, TN. Almost immediately the Lord spoke to him about an assignment of tearing down the strongman of Freemasonry in all 50 States. He then spoke with C. Peter Wagner and Selwyn Stevens, the author of the Prayer of Release for Freemasons and their Descendants. They all agreed and Peter commissioned them to do just that, to go to all 50 states and tear down the strongman.

The Lord had also revealed to them the glass ceiling over the 7 Mountains or 7 Molders of Culture was indeed Freemasonry. Religion, Family, Education, Government, Media, Arts/entertainment as well as Business in this nation are all steeped in and/or heavily influenced by Freemasonry and the spirits operating through it. The Lord also gave them a very clear strategy to tear it down.

Recently in researching and dealing more with Islam, they have discovered an amazing link between Freemasonry and Islam. In fact, they are now convinced that the Masonic is the open door in our nation to the spirits behind Islam which is one of the biggest threats to our nation's security and our Christian heritage and freedom.

Selwyn Stevens of New Zealand, a member of our International Society of Deliverance Ministers, has a passion for this battlefield, and has seen the membership of New Zealand Freemasonry reduced by more than 75% over the past six or seven years. Lodges are for sale all over the nation. He fully believes that it will be reduced to nothing over the next few years. Bill Sudduth has been a friend of Selwyn's for a long time, and the two use many of the same approaches and tools. If it can be done in New Zealand, why not in the US?

Once we tear down the strongman in each state we will converge on Washington DC and tear it down over this nation. This goal is obtainable if we will rally the troops and move forward with it in unity!

This strategic corporate gathering consisted of:

This meeting was streamed LIVE at www.ephesiansvisionministries.org & you can listen to it now, Session 1 - Masonry, Session 2 - Islam, Session 3 - Renunciations & Session 4 - Declarations.

RSVP for Tearing Down the Strongman - Freemasonry 50 State Tour to add comments! 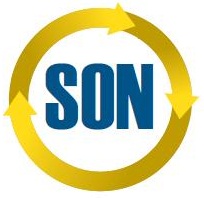 This is an exciting event that I would like to participate in. This is an area of ministry that I have specialized in for deliverance for more than 6 years and do a significant amount of teaching on the subject. Masonry is one of the primary avenues through which Satanic Ritual Abuse occurs and I will be teaching on this subject tomorrow in a class called SRA Exposed.  On June 14th I will be recording a TV program called 11th Hour Politics on public broadcasting here in Portland to discuss the origins of Freemasonry in our country’s foundation. I agree that the root of Masonry is with the spirits of Islam. In July I will be teaching a 4 Saturday workshop on Masonry beginning with a thorough perspective and history on the subject. My own deliverance from Masonry started with Selwyn Stevens book so I find this a unique and exciting opportunity and would like to be involved. Because I am teaching all day Saturday, I don’t think I can make it to Bend on Sunday for this event but will try to participate via the internet.

Thanks for keeping in touch and informing me of these opportunities!

SON has decided to hide the list of guests.